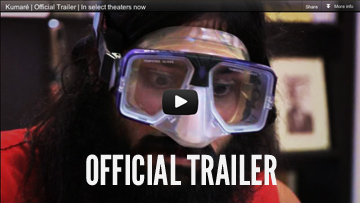 Kumaré is a feature documentary film about the time filmmaker Vikram Gandhi impersonated a fake guru and built a following of real people. Winner of the Audience Award for Best Documentary at SXSW 2011, Kumaré opened in theaters June 20, 2012, and is now available on demand via iTunes, Amazon Instant video and most cable providers.

Buy the DVD at